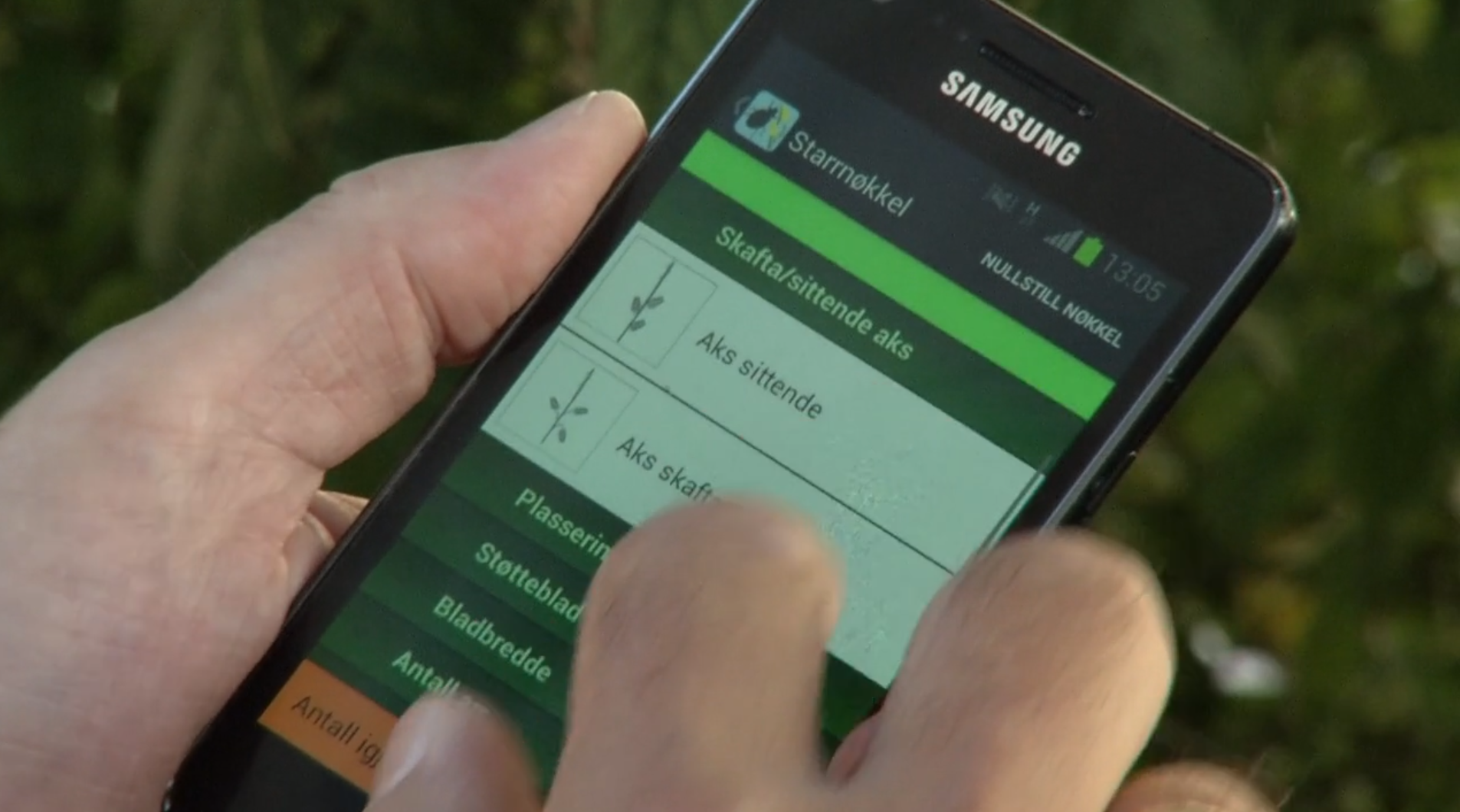 The latest version of the bioCEED funded species app, ArtsApp that aims to digitalize and ease the use of keys in identification of species, has been released. The app was originally developed around the genus Carex, (Nor: Starr), and through selection and elimination of traits in no particular order, one can decipher which species of Carex one has at hand. A dozen keys are now available in this new version, including ferns and ground beetles.

First out to try were the students on the BIO102 (Organism Biology II) field course in Bergen who said that they thoroughly enjoyed the experience of working with the app in the field, and us at bioCEED wonder if we're to expect more Carex interested students in the upcoming years.

The app is developed for both Android and iOS devices. Click on the icons below to download and install ArtsApp on your device!

A new research published by researchers at bioCEED has found that using ArtsApp to identify sedges helps students correctly identify more species, than using the traditional textbook method. Results of the experiment with 70 students from BIO revealed that the students found identifying species more interesting and enjoyable when using a smartphone or tablet. The students felt that they also were more competent after using the app than when using the book. These results are important because when students are undergraduate, identifying species could be difficult and uninteresting. By using modern technology, the teachers could enhance the students´ interest and learning in ways that perhaps is not possible when using a textbook. The study was published online in Computers & Education in December 2016.

Jeno, L. M., Grytnes, J.-A. and Vandvik, V. (2017). The effect of a mobile-application tool on biology students' motivation and achievement in species identification: A Self-Determination Theory perspective. Computers and Education, 107, 1-12

Watch UiB's video introduction to ArtsApp, its creators and practical use in the field below.