Daniel Kristensen has conducted a qualitative study and interviewed Biology students about their experiences in everyday life at the University, and how their experiences affect their psychological well-being and motivation. He presented his thesis entitled “En kvalitativ undersøkelse om trivsel og motivasjon i høyere utdanning: Et selvbestemmelsesteoretisk perspektiv” on June 27th, 2017 and thus obtained his Master’s degree.

In a self-determination theory perspective (Deci & Ryan, 1985), the quality of the interaction between students and the context can be a crucial factor for the student’s well-being and motivation. Central to the theory are the three basic psychological needs for autonomy, competence and relatedness. Self-determination theory argues that the satisfaction or thwarting of these needs may have a significant impact on well-being and autonomous motivation. To investigate factors in the learning environment that may interact with the satisfaction of the basic psychological needs in students may therefore be important. In this study, I aim to examine how students perceive their everyday life at the university, by shedding light on the students own account of their well-being and motivation.

To solve the research question, I conducted a series of qualitative semi-structured interviews. This interview method is often used in qualitative research because it provides the participants and researcher the opportunity to have a relatively open discussion, with an already established theme. The interview participants were all students who (1) were freshmen at the university, and (2) were participating in a bachelor program in biology. The interviews were recorded on an audio device, and later transcribed. The transcribed data was deductively analysed, and later broken down to smaller segments and put into categories. The categories were subsequently linked to central assumptions in the theoretical framework. The categorization of the comments provided a base for further discussion and reflection. In the discussion, basic psychological needs theory was used in interpreting the participants comments according to the degree they felt their need for autonomy, competence, and relatedness was being satisfied or thwarted. In many ways, the discussion reflects my own interpretation and understanding of the link between the theory and the data material. By interpreting the data material in light of self-determination theory, it was possible to observe different processes and factors that may be paramount in student well-being and motivation. According to my own interpretation, all the participants in the study expressed that they enjoyed, and felt connected, to their academic environment. Some of the participants also conveyed that they felt competent and felt a steady progress in their studies. Furthermore, the participants indicated that the learning context felt autonomy-supportive. Satisfaction of the need for autonomy is, according to self-determination theory, crucial for intrinsic motivation.

Link to the thesis 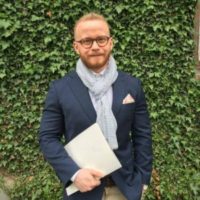